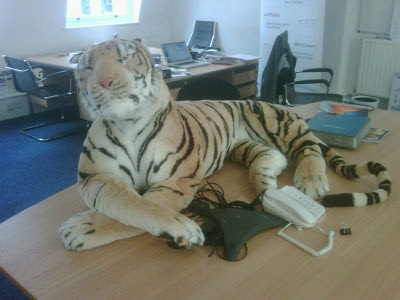 Ready to meet the Tiger! Meet him at WTM 2010 in London
Earlier this month, I got an opportunity to host leading Bangalore hoteliers at an evening event organized by RateTiger. The idea was to provide a social platform for hoteliers to connect over cocktails while sharing vignettes of their channel management experiences.

With 25 hoteliers present, it was a cozy get-together with every member being very warm and forthcoming with their strategies, suggestions, challenges and queries. Some of our client hoteliers were present too and were happy to share their experience of new channel management modules that they have been using in RateTiger.

As the evening wore on, everyone embarked on a stimulating discussion on revenue strategies. It turned out to be a productive day for them, they also realized that they have not really interacted earlier and many had met their counterparts from other hotels for the first time. They just knew and viewed each other as competitors and not as industry peers. I was so glad to have modified their outlook and they were appreciative of our effort for having hosted such an interesting meet.

Chancery Pavilion was the chosen venue for the evening and being a RateTiger user they were happy to be part of this event. I look forward to doing similar events in other Indian and Asian cities so as to help Revenue Managers meet up outside work and share their valuable experiences with each other. And with our technology, I am sure we can further help revenue managers achieve increased online sales and optimize revenue.

Sudhir Ghildiyal is Sales Manager – Asia Pacific at eRevMax and is responsible for sales of RateTiger products in the region. He is based out of India and can be reached at  sudhirg@erevmax.com
On 28th August the Kolkata sky was overcast with dark malevolent clouds which burst into heavy showers on and off. The outfield was wet and there were even puddles across the pitch; hardly an ideal situation to play an outdoor game, let alone a Football Tournament. Try as much as they might but the elements of nature never stood a chance when it encountered head-on, the indomitable spirit of Team eRevMax who were out for a spirited game.
With full attendance from all six participating teams, the game started with much cheer and fanfare. The teams led by their captains – Royal Blue (Suvranshu Mohanty), Dark Blue (Pushparghya Mandal), Olive Green (Surajit Kar), Green (Abdul Hasan), Yellow (Kaushik Kapat) and Red (Briti Sundar Biswas), looked every bit international. And why not? Along with the Kolkata members we had Ragnar Strerath, VP Product from our Germany office and Jorge V Rico, Project Manager – RTConnect from Spain who were here on a business visit. We also had our new French MM who joined the Kolkata office just a few weeks back – Frank Tchere who is originally from Ivory Coast, USA. So it was a team comprising members from across continents and what a beautiful game they played!
After a series of games, teams Royal Blue and Yellow emerged as the top contenders in their respective Leagues. The teams in second position were Dark Blue and Green. After a nail-biting match, Team Dark Blue emerged winner for the third position under the able captaincy of Pushparghya Mandal.
The finale was a nerve wrenching game; it went into extra time, at the end of which both the teams had scored 3 goals each. With no definite result, the referee announced penalty shoot-out. Team Yellow played a tactful and patient game emerging as winners for the coveted Trophy.
Except for a toe injury suffered by Surajit Kar, Captain – Team Olive Green, the games went pretty smoothly. After an exciting afternoon, Udai Singh Solanki, MD India presided over the prize distribution ceremony and awarded the Champion’s Trophy to Team Yellow and Jorge Rico presented the Runners-up trophy to Team Royal Blue. The Best Goalkeeper title went to Sumanta Pramanik while the Best Scorer title was picked up by Joydeep Chakraborty; Ragnar Strerath did the honors for these two young men.
At the end, what did we all say? eRevMaxians Rock… Long Live eRevMax 🙂
Kushal Dasgupta is Market Manager – Austria, Czech Rep., UK & Ireland at eRevMax and is responsible for providing product training and handling client queries. Kushal is based out of Kolkata, India and can be reached at  kushald@ratetiger.com
It was a successful day of training with Paradores after a long road of joint collaboration. The training was organized jointly with Juan Manuel Merino and Javier Blanco from Paradores and Nuria Bermejo, Key Account Manager RateTiger with me coordinating the session.

Over 70 people attended the session at Parador de Alcala de Henares on September 13, 2010, eager to learn and start using our tools. Optimism filled the room with full support to incorporate it as they have the certainty that RateTiger provides an opportunity to manage their online sales and obtain privileged information to reinforce the strategy of online growth to Paradores group. 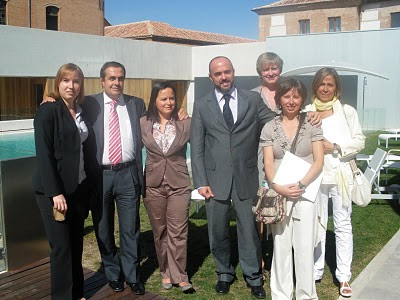 Paradores de Turismo is a publicly funded limited company with eight decades of history and which currently manages more than 90 hotel establishments thanks to the work performed on a daily basis by its thousands of employees. Many Paradores properties are located in nature reserves and in historic buildings, such as castles, palaces, convents and monasteries. 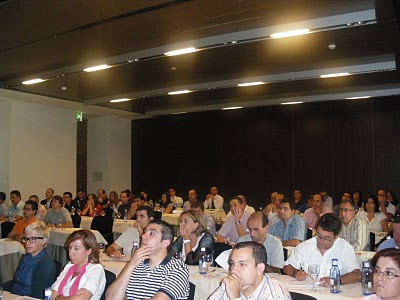 One of the aspects that has endured in time and which characterizes Paradores de Turismo is its mission –
“Paradores is a tourism policy instrument which projects the image of modernity and quality of our tourism abroad and which contributes to the territorial integration, to the recovery and maintenance of Historical and Artistic Heritage and to the conservation and enjoyment of natural areas, all the while functioning as a driving force behind the set of revitalizing actions in areas with reduced tourism or economic activity.” 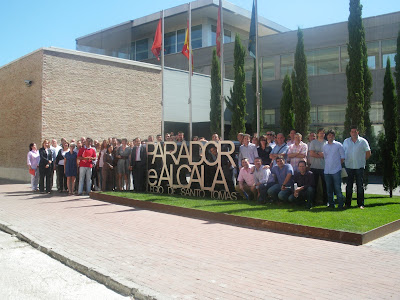 A corporation with just one shareholder, the Spanish state, Paradores de Turismo is also an instrument of the government’s tourism policy, as well as a leading company in the Spanish tourism sector which obtains important benefits which nourish the public objectives for which this company was created.

Pilar Sanchez Aita is Sales Manager – Spain & Portugal at eRevMax and is responsible for sales of RateTiger products in the region. She is based out of Spain and can be reached at pilara@ratetiger.com