To celebrate hitting an important milestone in eRevMax history – serving 7000 happy customers – the company attended the 2013 World Travel Market event in London to show exactly why they’re considered a world leader in channel and distribution management. With help from their approved channel ecosystem which includes Agoda, GTA, and Russian-based Ostrovok, eRevMax used this opportunity to show how the popular RateTiger software has evolved and become flexible and diverse enough to meet the needs not only of independent hoteliers but also of mid-market hotel groups and large, global hotel chains. The event took place between 4th and 7th November at ExCeL Docklands. 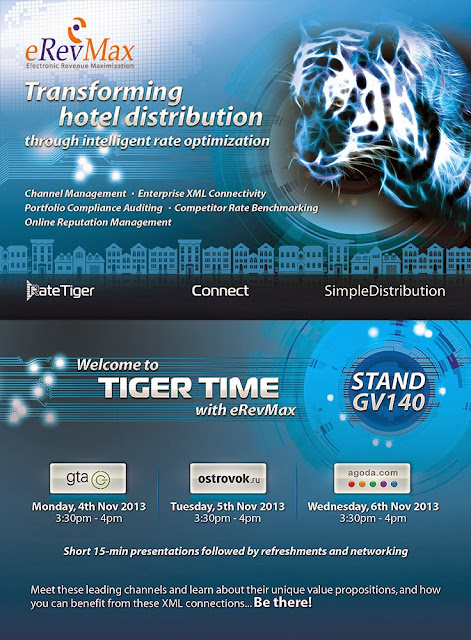 The travel industry was at centre stage at 41st ABAV 2013 – the biggest travel trade show, of Latin America as it took place this September in Sao Paulo, Brazil. With the upcoming FIFA World Cup 2014, the host country – Brazil was all geared up for this travel and hospitality fair and attracted a whooping 1500 participant companies from around the world. Organized by Brazilian Association of Travel Agencies, this year’s event took place at Anhembi, the largest events center in Latin America instead of Rio de Janeiro, breaking tradition.
Greg Berman, COO, eRevMax and Alex Moura, Sales Manager for Brazil attended the event and met interesting industry players including Schultz who did a theme based stand. The event was an excellent opportunity to make business and build relationships with tourist trade professionals. 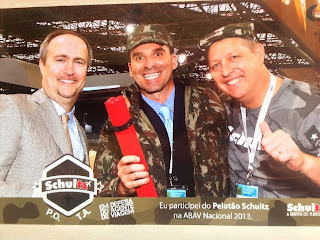 The event focused on a large diversity of products, services and destinations offered by the travel and tourism industry, aimed to facilitate the integration between buyers and suppliers and to encourage networking. With exhibitors from over 50 countries, this year offered a series of novelties including meetings of public and private institutions and important international agreements.

Indian-based OTA Cleartrip has recently completed two-way integration with eRevMax, becoming one of the company’s certified distributors, and certainly one of the biggest within the Indian Subcontinent. This integration means that Cleartrip’s 113,000 (and growing) hotel users across the globe now be able to gain access to broader products and more availability that allows for increased rate parity, real time availability updates, and increased visibility not just within India but throughout the world. The integration comes as OTAs are beginning to notice new trends within the travel industry, and seek solutions to meet demand. Cleartrip Director Amit Taneja reports that Indian travellers are now looking for ‘competitive rates, exhaustive choices, room availability and last minute deals’ above all else.

Us luxury brand San Carlos, located at Central Manhattan has partnered with eRevMax increasing their online revenue through optimal distribution. To increase visibility and boost sales, the hotel expanded their marketing technique to include four different distribution channels, yet whilst this did see a rise in guest bookings, it was proving difficult to maintain manually, with staff needing to ‘update rates and inventories multiple times a day’, according to Reservation Manager Fabio Leone. San Carlos Hotel chose eRevMax as a solution provider which allowed them to control their data across all platforms through a single, easy-to-use interface. The solution has proven essential to the business in terms of saving both time and money. RateTiger will help the revenue management team to centrally manage rates and availability in real-time across a variety of OTAs, as well as monitor competitor rates in order to react to market dynamics and improve channel ranking. Reservations generated from their OTA channels will be delivered directly into the hotel’s PMS, thereby eliminating manual interference, improve reservation data quality, and reduce their onward distribution costs.
Click here to read the full story.
Puri Bagus Villa Resorts, one of the major players on the Bali hospitality landscape, has found the perfect distribution technology partner in eRevMax to boost its online bookings and expand its online presence. 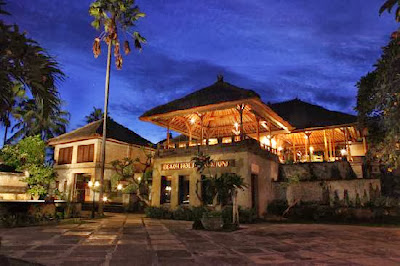 “RateTiger provides us with all the major channels to efficiently distribute rates and inventory.  We have enjoyed excellent online sales growth over the past several years with RateTiger as our channel manager.” said Terry Higgins, Director, Sales & Marketing, Puri Bagus Villa Resorts. Indonesian markets are seeing a surge, both in foreign visitors and among nationals, making eRevMax perfectly placed to enable hotels to benefit from the trends.
Read the full story here.