Skip to content
If 2014 was the year when TripAdvisor moved to direct booking, 2015 is marked to be the year when Google got really serious about hotel bookings. The search engine giant has recently added instant booking feature which allows a user to book a property while staying within its user shell. Typically of Google, the feature is available with Hotel Finder, Map and Google +.
This is how it works. As you search availability for a property in Google, you will be able to see a generic white button showing a person lying on a bed in brown color with the hotel name. There isn’t any special logo suggesting the instant booking functionality.  Instead, when you click on the button, you will be prompted to book within the interface.  Until now, Google has been redirecting user to the advertiser’s website for booking.  If this sounds pretty familiar to TripAdvisor’s instant booking, then you are absolutely on track. 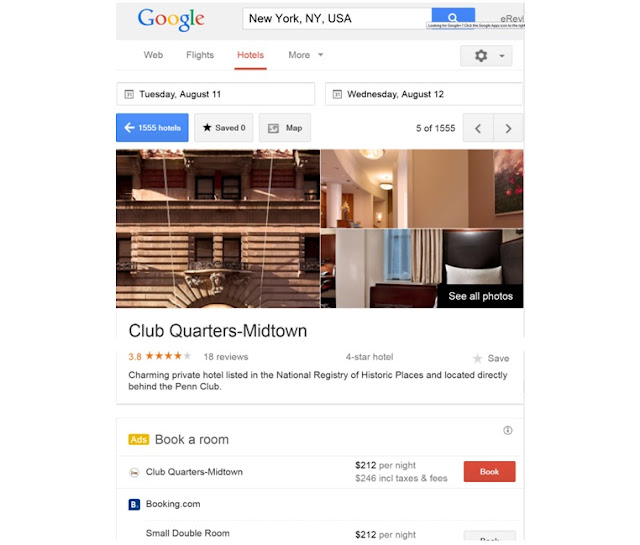 From its launch in 2011, Google has been trying to become a key player in the travel space with acquisitions like ITA Software whose technology was behind other major flight search channels like Kayak and Orbitz, and Zagat – a restaurant review application. Google Hotel Finder has been showing ratings based on Google Local. However, in spite of the search engine giant’s absolute dominance over the web space, Google’s travel interest has not really taken over the market.
How does it work?
So far Google has been using the CPC model (cost-per-click) much like the AdSense. It’s the same model followed by most meta-search channels, where hotels bid via cost-per-click for the top positions, and pay when users click on that link. With the new functionality, where the user can book on the Google user shell, the hotels will pay a commission. Since Google has completed technology integration with Sabre, for now hotels using Sabre’s SynXis Central Reservation system can take part in the programme. According to a press statement issued by Sabre, hotel customers participating in the new commission-based model only pay a commission on confirmed bookings for their property.
Is Google turning into an OTA?
Not really. Expedia and Priceline contribute to about 4% of Google’s advertising revenue. For Google, turning into a full-fledged online travel agency would mean sacrificing bigger revenue. For the moment, that looks really unlikely.
It’s not surprising that Google has tested this in mobile first and then on desktop. According to a Google blog post, more Google searches take place on mobile devices than on computers in 10 countries including the US and Japan. However, monetization from the search is still limited as ad spend continues to trail time spent on smartphones. But as the company pushes more for Google Wallet and Android Pay, direct booking, which allows users to book a hotel room while staying on the Google page will reduce the abandonment rate commonly seen when consumers have to switch sites to complete a transaction. With the worldwide growth of mobile booking, this is Google’s attempt to improve monetization of its mobile platform. 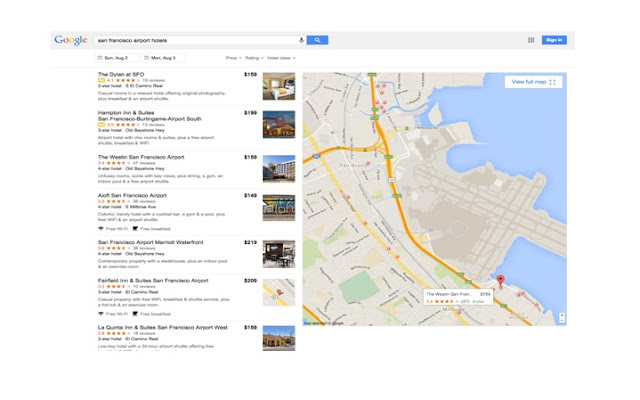 According to Euromonitor International report, mobile travel booking totaled $96 billion in 2014, and is expected to account for 25% of the total global online travel sales by 2019. Google’s operating system, Android; today has a market share of over 80%. With one smart move, Google has now become an intermediary (money collecting) to a popular travel search site. With the full roll out, I would expect more hotels to come on board, followed by smaller OTAs. It’s an interesting consumer dynamic which gives Google a chance to fulfill its long standing ambition to become the central hub of travel industry. Whether it will succeed or not, only time will tell.
Image Credit: Google Hotel Finder