Skip to content
The fourth edition of WTM Latin America in Sao Paulo concluded last month. The largest travel trade fair in Brazil brought more than 5,900 unique travel trade visitors and over 1,000 buyers from around the world under one roof.  The event is a platform for the world to visit Latin America – the success of which can be gauged with the fact that business deals worth US$363 million were transacted across the three event days. 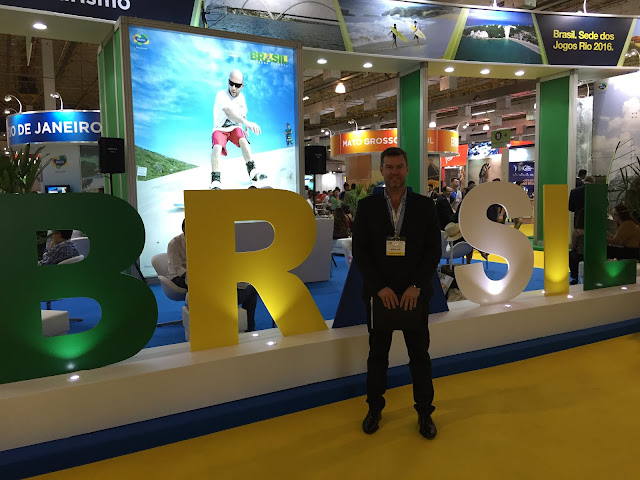 Julian Lindt at WTM Brazil
Like previous year, I was there to meet clients and prospects and interact with peers in the industry. Given Brazil will be hosting the Summer Olympics in Rio this year, we witnessed an increased number of hoteliers at the show looking for solutions and opportunities on how they could maximise from the upcoming events. 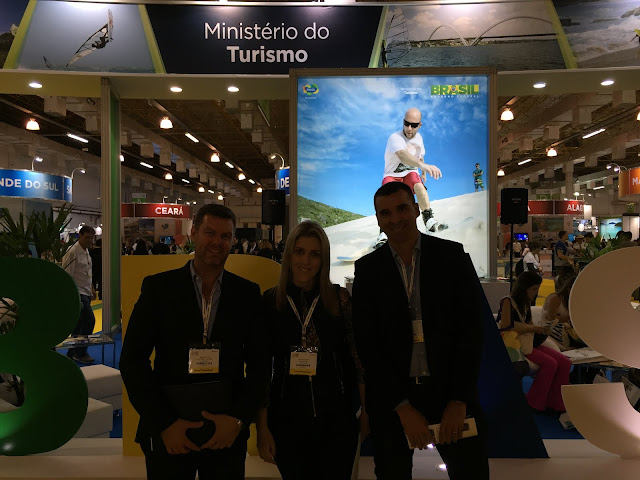 Julian Lindt and Alex Moura with a partner at WTM Brazil
According to Brazil’s state-owned tourism agency – Embratur, an estimated 380,000 international tourists are expected to visit the country during the Olympic Games. Brazil welcomed over one million foreign visitors during the FIFA World Cup in 2014 and from then has continued to see an increased number of travellers visiting the country.
With such high demand, hoteliers see the growth prospects in the region and many hotel brands have started new projects to cater to these visitors.  The total number of hotels and condo hotels in Brazil in 2015 was pegged at 10,050 and total available rooms at 500,212. Hotels are looking to increase the room supply before the Summer Olympics to ensure they meet the demand effectively.
With more than two million people visiting the country every year and over one million expected to travel, hoteliers need a strong online distribution strategy to reach out to the global travellers for maximising revenues.

Julian Lindt is the Latam & Caribe Sales Director at eRevMax. He can be reached at julianl@erevmax.com
eRevMax has partnered with TripAdvisor to power instant booking for their accommodation clients. Instant booking makes it possible for properties to acquire bookings directly on TripAdvisor.

TripAdvisor’s instant booking functionality allows travelers to make reservations directly with participating accommodation businesses without leaving the TripAdvisor website. The reservations are delivered directly to the hotel or bed & breakfast via eRevMax. This is a powerful channel for independent properties to grow their business by acquiring more direct bookings from the world’s largest travel site, through a simple, commission-based model.
Through this certification, accommodation partners are now eligible to participate in instant booking on TripAdvisor and own the guest relationships from the moment of the reservation. The benefits are numerous – it’s simple to set up, leveraging technology that is already in place, and there are no upfront costs, making it a zero-risk opportunity for eRevMax hotel clients.
To find out more, please visit www.tripadvisor.com/instantbooking and to sign-up for the channel, contact eRevMax at marketing@erevmax.com.
ITB Berlin continues to be a crowd puller and this year was no different. One of the largest travel trade events globally, ITB Berlin attracted a record 120,000 trade visitors that attended the show to meet over 10,000 companies that exhibited at the event. 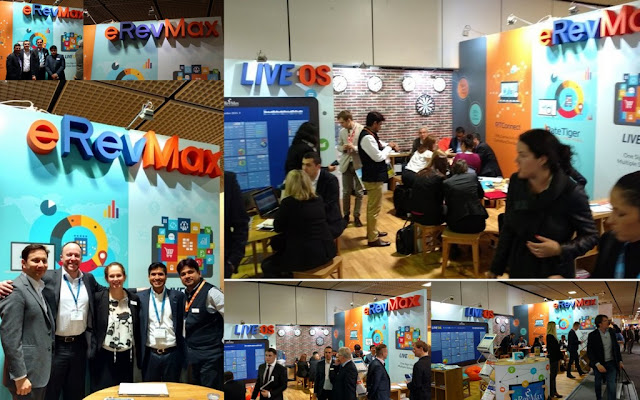 The event provides a platform for travel and hospitality companies to showcase their products and services and is a great place to form new partnerships and acquaintances.
eRevMax witnessed a strong response for its newly launched LIVE OS platform attracting various new partners and clients to sign up for it. Our uniquely designed stand drew a lot of attention, so much so, that SnapShot, a hospitality analytics solutions provider and an exhibitor at ITB Berlin covered eRevMax in its blog, “First off, a shoutout to eRevMax for their cafe-style stand at ITB. We also like their (relatively) new analytics tool built into their LIVE OS product. A combination of nice design and a good user base makes this a solid booking and revenue-based analytics tool.”
It is important to reiterate that LIVE OS is a first of its kind hospitality operating system that offer hotels a single point of access to multiple applications and service providers for business process improvement through relevant call to actions.
4hoteliers.com, a leading hospitality publication, featured LIVE OS for its unique proposition.
While most of the feedback received at ITB was fantastic, we have to feature what Lukas Kakalejčík from Room Assistant had to say – “LIVEOS makes it so easy for all hotels to have relevant KPIs at their disposal. The platform helps them to identify the overall effectiveness of the applications they are using and thus measure their return on investment. LIVE OS definitely helps them to make informed decisions on the performance of their technology applications. We are happy to work one-to-one with our customers, and demonstrate how our programs improve their operations, sales and marketing, and revenue. They can see the real output it brings to the table,”

More than thirty companies have signed up to integrate as partners on LIVE OS, with many more in the consultation stage. ITB Berlin continues to be a great show and we look forward to the 2017 edition.