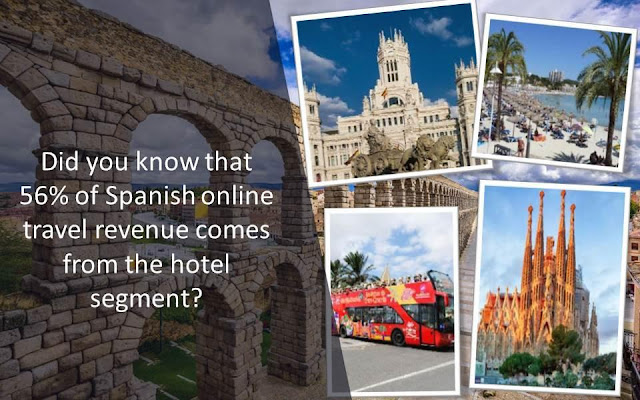 Hotel connectivity leader RateTiger, in partnership with BEONPRICE and Live OS published an Infographic titled ‘La Liga Hospitality’ at FITUR in Madrid – highlighting the Spanish online travel performance. In a year that was marked with political agitations and external disturbances, Spain still received over 80 million international visitors in 2017 – retaining its position as the most visited country by EU residents.
Interestingly, 6 out of every 10 international bookings in Spain come from 5 European countries, namely – UK, France, Germany, Italy and Netherlands. Spaniards continue to travel with 65% of their population taking a personal trip in 2017. When it comes to hotel booking, they clearly prefer OTAs – with over 48% of all travel bookings being made in OTAs – the highest in Europe.
Data from the infographic show that while Catalan region still remains one of the most visited tourist places in the country, the region has been struggling to get its momentum back following the political unrest. This has an impact on the overall tourism forecast for Spanish hotel industry with ADR growth in 2018 for four key cities – Barcelona, Madrid, Canarias and Mallorca showing a dip compared to last year.
To know how you can use this data to gain incremental revenue and stay on top of the curve, get in touch today on marketing@erevmax.com
To download the infographic, please click here.